About Us / Our History 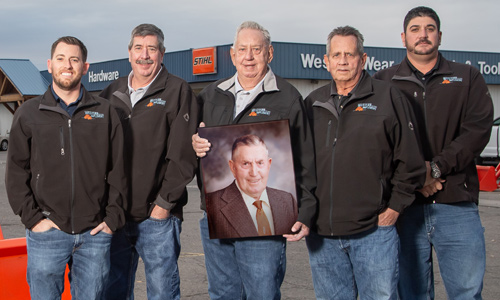 The Colemans have had to change the way they do business over the years in terms of the products and services they offer and locations they operate. That’s because their clientele has evolved, too. But one thing hasn’t changed a bit at Western Implement, and that’s a commitment to customer service. “You’re taking care of the people you sell to,” says Dylan Coleman, a fourth-generation member of the family to run the Grand Junction-based business. That means offering knowledgable assistance in selecting the right equipment and tools, then maintaining those purchases after the sale. It’s just as important to maintain relationships, he says.

Gene Coleman, a third-generation member of the family, agrees. “Customer service is what brings them back.” Customers have been coming back to Western Implement since Volney Coleman and his son, Leroy, opened what started out as a Ford tractor dealership in 1959. Jim Coleman says his grandfather operated a dealership in Wyoming, but recognized a business opportunity in the Grand Valley. Western Implement was located for a year on the west side of Grand Junction and then relocated to a site along North Avenue where the business continues to operate, Jim says. A 60-by-80 building constructed to house the operation is still used, but now sits at the center of a 40,000-square-foot facility, he says. The Colemans opened a second location for Western Implement in Montrose in 2007 and constructed a new building there in 2016. A total of 45 employees work at the two locations and serve a geographic area that extends in a 150-mile radius, Jim says. 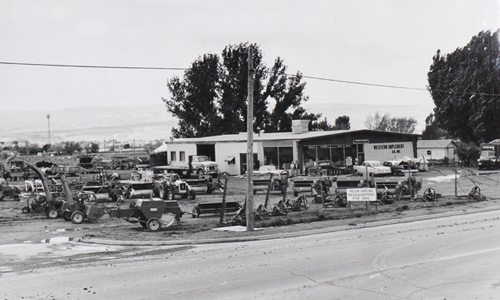 Western Implement started out as a tractor and farm implement dealership, but has evolved over the years, Jim says. The company added construction and landscaping equipment to its product lines as well as clothing, hardware and tack. Part of the strategy, Jim says, was to offer one-stop convenience to customers who purchase equipment, but also need other goods. The other part of the strategy, he says, was to adapt to a changing customer base. While farmers, ranchers and other agricultural producers still constitute a large portion of the clientele at the Montrose location, that’s changed in Grand Junction. Western Implement also sells equipment to construction and landscaping companies, municipalities and homeowners. “You’re serving more of everybody,” Dylan says. Jim says a more diverse product line and customer base has sustained the operation through the years and fluctuating economic cycles. “Diversity is really key to us.”

The sale of Kubota brand farm and construction equipment has helped Western Implement also has become one of the largest dealerships in the region of Stihl chainsaws and other power equipment. “We’re fortunate to have some good product lines,” Dylan says. The Colemans also attributed the longevity of Western Implement to customer service delivered by knowledgeable employees, many of whom have worked there for decades. Family members involved in the business have worked well together even as they’ve assumed responsibility for different aspects of the operation, Jim says. “It’s too much for one person to do all of it.” Jim says he’s involved in management, while Dylan handles sales and the Montrose location, Gene oversees service and hardware and Tyler takes on hardware and advertising. Looking ahead, the Colemans say they expect Western Implement to continue growing and changing along with its customer base. An additional location could be a possibility. “We’re going to continue on and keep our options open,” Jim says. What won’t change, he says, is a commitment to customer service.

Read about us on The Business Times